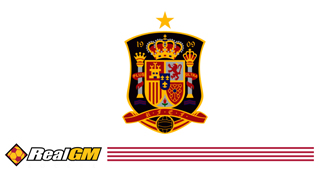 The Royal Spanish Football Federation announced a $540 million bailout for clubs in Spain's first and second division to help cover costs during the COVID-19 pandemic.

La Liga suspended their schedule indefinitely due to the severity of the virus in Spain.

"We want to offer La Liga the possibility to sit down and get the financing for first and second division clubs. We have spoken to several banks and are able to offer a credit line worth €500m to first and second division clubs that are struggling and that can be repaid in the next four, five or six years," said Spanish FA president Luis Rubiales.

Rubiales also said that a potential May return for the league is impossible given the current state of the country.

"We think it's practically impossible to resume competitions at the beginning of May. We have temporary hospitals being put up in Madrid and the military emergency units [UME] are out on the streets," said Rubiales.