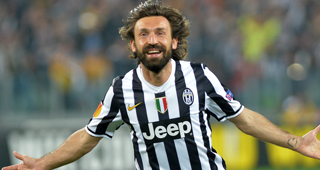 Pirlo has hit back at the FIGC, who are instead preparing to appoint Angelo Gregucci as Mancini's assistant, for not making it clear before that his other commitments caused them a problem.

"Throughout my whole career, and still today, I always had such respect for the national team and the value that it represented, for me and for Italians, that I felt the need to specify that the dialogue which had opened up in recent months between me and the Italian FA has always been characterised by the utmost clarity and transparency," he said in a statement, published by ANSA.