Jurgen Klopp: Coutinho's Future Out Of My Hands 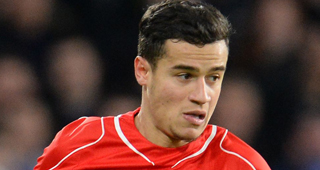 Jurgen Klopp says the future of Philippe Coutinho with Liverpool is out of his hands.

Asked about Coutinho’s transfer request, which was emailed to Michael Edwards, Liverpool’s sporting director, Klopp said: “I didn’t get it but I can say something that is maybe more important. As a manager of a football club I have bosses, and if bosses decide, for example, just in general, if we sell a player or we don’t sell him, then I have to accept it. I cannot say anything about it [the transfer request]. I work with the players I have – that is what I’m always doing.”

Coutinho doesn't have a release clause in his contract, which limits the potential for leverage of Barcelona.