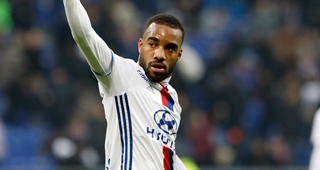 Arsenal are hopeful of signing Alexandre Lacazette of Lyon for £44 million ($56.3 million).

Lacazette was close to joining Atletico Madrid this summer but the deal fell through due to their transfer ban.

The transfer would beat the £42.5 million fee Arsenal paid Real Madrid for Mesut Ozil in 2013.

Lacazette had hoped to feature in the Champions League next season, a competition for which Arsenal have failed to qualify after finishing fifth.