Koeman Not Confident Of Ross Barkley Staying With Everton 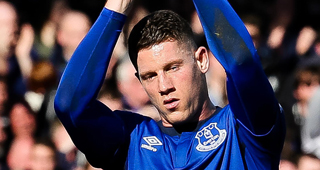 Ronald Koeman is not confident Ross Barkley will remain with Everton next season.

Koeman says the club are looking for players who operate in Barkley’s position regardless of whether he signs a new deal.

Everton’s season concludes with Sunday’s Premier League trip to Arsenal and, asked on Friday whether there was any update on Barkley’s future, Koeman said: “I don’t know. It is after the game, on Monday. Then we will know it.”

Koeman then was asked if he felt confident of Barkley staying with the club.

“No, because it is a long time that he is thinking about his future. But I’m not worried because I like to work with players who like to stay. And it is not about his decision. We will go on. We are looking for players in that position. Even if he stays, there will be more competition for him next season.”