Lyon Close To Buying Memphis Depay From United For $18M 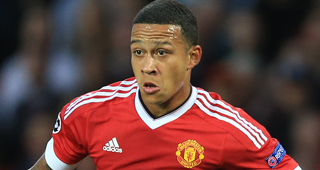 Manchester United are close to selling Memphis Depay to Lyon for £14.7 million ($18.1 million).

The fee would represent nearly a 50 percent loss after United paid PSV Eindhoven €34 million for Depay in May of 2015.

Depay is keen on a move to Lyon.

Liverpool were among the clubs interested in acquiring Depay in 2015 but United found his market incredibly tepid.