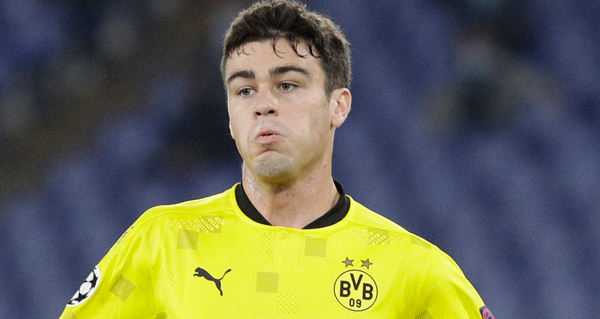 Berhalter did not identify anyone by name, however, it was a clear reference to Reyna and confirmed by the player in an Instagram post the next day.

Danielle Reyna said in a statement on Wednesday: "I thought it was especially unfair that Gio, who had apologized for acting immaturely about his playing time, was still being dragged through the mud when Gregg had asked for and received forgiveness for doing something so much worse at the same age."

Multiple sources told ESPN he threatened to share allegations about Berhalter's past, but Reyna has denied those allegations.

"While in Qatar, I shared my frustrations about my son's World Cup experience with a number of close friends, Earnie and Brian McBride among them. However, at no time did I ever threaten anyone, nor would I ever do so," he said in Wednesday's statement.

On Tuesday, Berhalter, whose contract as U.S. coach expired Dec. 31, revealed details of the incident with his wife in a lengthy statement posted to Twitter.

"During the World Cup an individual contacted U.S. Soccer, saying that they had information about me that would 'take me down' - an apparent effort to leverage something very personal from long ago to bring about the end of my relationship with U.S. Soccer," Berhalter said.

"In the fall of 1991, I met my soulmate. I had just turned 18 and was a freshman in college when I met Rosalind," Berhalter said. "One night, while out drinking at a local bar, Rosalind and I had a heated argument that continued outside. It became physical and I kicked her in the legs."