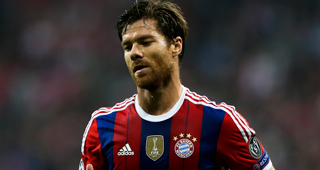 Alonso has been out of work since leaving Real Sociedad B in May after a successful three years in charge. Alonso is interested in the Leverkusen job.

Germany's Sport1 reported that Leverkusen had contacted Thomas Tuchel, who was sacked by Chelsea last month, but the former Borussia Dortmundcoach turned down the approach.

Alonso starred as a player for Real Sociedad, Liverpool, Real Madrid and Bayern Munich before retiring in 2017.