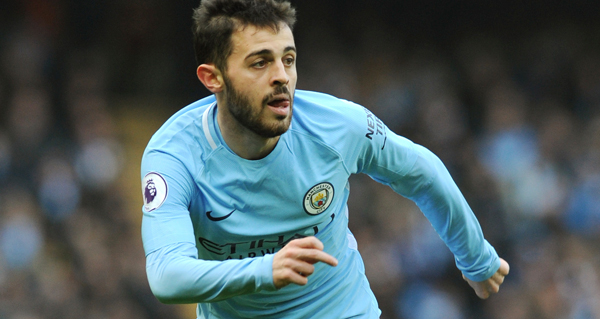 Bernardo Silva has admitted his future with Manchester City is uncertain.

Silva has been linked with a move to Barcelona.

On Tuesday, City denied reports they have agreed a £67.5 million fee with Barcelona for Silva.

"I've always said that I'm happy here but I have no idea what's going to happen," Silva, who was a substitute in City's 2-0 win against West Ham United on the opening weekend of the Premier League season on Sunday, said.

"We'll see, honestly. My relationship with the club is very honest. I've been open with them and they know what I want. If I stay, I'm very happy and I will always respect this club and give all my best.

"If not, it's football and we'll just see what happens."