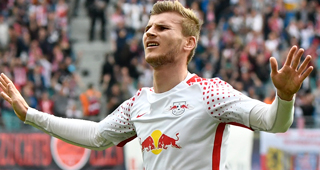 Timo Werner will rejoin RB Leipzig on a transfer from Chelsea worth €30 million ($30.6 million).

Werner started well, scoring eight goals in his first 12 games up to mid-November, but managed just four more for the rest of the campaign as a loss of form and confidence set in.

Chelsea signed Romelu Lukaku for a club-record €115 million last summer in a fresh challenge to Werner, but head coach Thomas Tuchel began to favour Kai Havertz as his central striker.