Lionel Messi After Winning Copa America: 'This Team Deserved It'

"I can't explain how happy I feel. I've been sad many times [with Argentina after tournaments] but I knew it would happen and there's no better moment. This team deserved it," said Messi after the match.

Messi was named the Player of the Tournament after scoring four goals and registering five assists.

"It's to the merit of [Scaloni] because of everything he's done and what he's built. The process with him started three years ago and it's been constant growth. He knew how to build a spectacular group, a winning group. He deserves the recognition. It's been a long time since Argentina were champions of South America, and we've won it again under him."

"It worries us because it is a risk for everyone catching COVID-19," he told reporters. "We try to be careful but it's not easy. These things happen."

"We'll try to do all we can so no one gets it but sometimes it doesn't depend solely on ourselves."

Messi is not believed to have been vaccinated, even though the South American Football Confederation said in April it had received vaccinations and aimed to give all international players shots before the Copa America kicked off.

CONMEBOL pulled this summer's Copa America from Argentina due to an increase of COVID-19 cases in the country.

Colombia was previously dropped as a co-host because of protests against President Ivan Duque.

The tournament is scheduled for June 13 through July 10.

CONMEBOL added that a new host would be announced "soon."

CONMEBOL postponed this summer's Copa America until 2021 due to the COVID-19 pandemic.

"This is an extraordinary measure for an unexpected situation and responds to the fundamental need to avoid the exponential evolution of the virus," said CONMEBOL president Alejandro Dominguez.

The decision comes on the heels of UEFA suspending the European Championship until 2021. 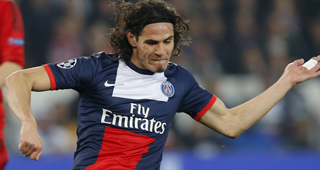 Lionel Messi took on a more vocal role for Argentina during the 2019 Copa America, according to Angel Di Maria.

"Messi told us he was proud of the team we had built. That we had not been together much as some had not been called up [to the senior team] before. Yet, it felt as though we had all been together for many years. He said that we had all rowed in the same direction from the first day. That he was very proud of the youngsters for their commitment to this jersey and if they were there and gave what they gave at the Copa America, it was because they more than deserved to be there. Once he finished, everyone was in tears because it touched everyone's hearts, especially the youngsters," said Di Maria.

Argentina lost to Brazil 2-0 in the semifinals in the tournament. 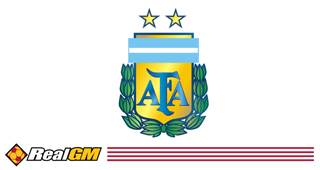 The Basque Country will play a friendly against Argentina on October 13th.

The match will take place at San Mames Stadium in Bilbao.

The two sides last met in 1922, with Argentina winning 4-0 in Buenos Aires.

Conmebol has suspended Lionel Messi for three months following comments he made during the 2019 Copa America.

Lionel Messi blamed his comments made last week criticizing the officiating after Argentina's loss to Brazil for his red card in the third-place match against Chile.

“We don’t need to be part of the corruption that we’ve suffered at this tournament. Medel is always right at the limit. With a yellow that would have been the end of it for both of us, but well, maybe what I said recently had an impact," said Messi.

Argentina won the match 2-1. Messi received the second red card of his career.

“These accusations represent a lack of respect for the competition, all the participating players and the hundreds of professionals of Conmebol, an institution that since 2016 has been working tirelessly to make transparent, professionalize and develop South American football," released the federation in a statement.

“He [the referee] was on their side. In every divided ball or dispute, he inclined the pitch their way. It’s not an excuse, but the truth is that, in this Copa, they kept on blowing for stupid things, for handballs, penalties. But today, they didn’t even go to VAR when there were clear plays that should have been looked at," said Messi.

Messi was especially critical of a sequence before Brazil's second goal in which Argentina argued for a penalty.

The Copa America begins on June 14th in Brazil.

Lionel Messi To Skip Remainder Of Argentina's Matches In 2018

Lionel Messi is not sure whether he will play in the 2019 Copa America.

Jorge Sampaoli was previously manager of Chile and Sevilla.

Javier Mascherano has played his last match with Argentina.

Diego Maradona had been expressive throughout the match and displayed his middle fingers after Argentina's match-winning goal.

Argentina was defeated by Croatia 3-0 in their second group stage match after a 1-1 tie against Iceland.

Luka Doncic and Croatia shocked Argentina with a 3-nil result.

Lionel Messi has been impressed by Cristian Pavon.

Sergio Aguero could miss the rest of Manchester City's season and his fitness for the World Cup with Argentina is in doubt.

Lionel Messi has featured in all 23 of Barcelona's La Liga matches this season along with five Copa del Rey matches and all six Champions League matches.

Lionel Messi feels fortunate to have another opportunity in the World Cup.

Argentina is in Pot 1 alongside Germany, Brazil, Portugal, Belgium, Poland, Russia and France.

Xavi: Messi Gets Pissed Off If He's Not Involved In Game

Argentina has sometimes struggled with their balance incorporating Lionel Messi.

Jorge Sampaoli has viewed managing Argentina as his dream job.

Lionel Messi missed Argentina's 2-0 loss to Bolivia but will return for critical matched against Uruguay, Venezuela and Peru.

Brazil Takes No. 1 Spot In FIFA Rankings For 1st Time In Six Years

Four of the top five spots are now held by South American nations.

Argentina will be without Lionel Messi for four of their final five World Cup qualifiers.