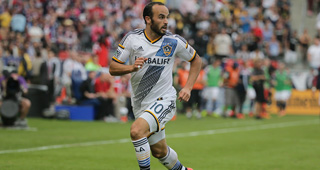 Landon Donovan was an unusual choice to carry the mantle for American soccer these past 15 years. Not for his play, mind you, as he is the greatest soccer player in this country’s history. But more for his reserved personality, a trait that those especially in English, German, and American soccer circles, wouldn’t necessarily associate with an American athlete.

Contrast Donovan with Clint Dempsey, his main rival for America’s best attacker this generation. Dempsey would have been the archetypal choice as the prodigal face of American soccer. He had a combination of self-made Texas swagger, a toughness, ambition for more, and a willingness to “try shit” – occasionally at the same time.

If Dempsey found himself at Bayer Leverkusen when he was 17 years old, as Donovan did, he would have stayed there, no matter what, right? He would have burned the isolation and coldness of a foreign culture, and every perceived slight of talent from his European teammates into his mind, and unleashed it on the field, wouldn’t he?

Dempsey surely would have survived in unfamiliar land like a protagonist in an old Western, armed only with his will, force of personality, and an unmovable confidence. Then he would have left Leverkusen for Bayern Munich or AC Milan without looking back. And on again to the next European giant.

But most of all, Client Dempsey at age 17, wouldn’t have come home. Right?

The closest we got to see Donovan at his purest form was during his two Everton loan spells in 2010 and 2011. His skillset that fit so well with the modern game – pace, dribbling, assists, and goals - were all on display, at the highest level.

It was the smartest kid in a small town going to an Ivy League college. Everton captain Phil Neville said Donovan “transformed the season” and a became a “hero” at Goodison Park in his two spells. Then there’s this nostalgic piece in the Liverpool Echo titled “Everton’s brief encounter with Landon Donovan was one to cherish”. The lasting image is of Donovan taking a lap around Goodison Park, saying goodbye one last time. This was his true athletic voice. And he looked at home. All this in just 19 matches.

Donovan’s play at Everton changed the question from “Can an American outfield player succeed in England?” to “Who’s the next American player to go overseas?” The Everton loan, combined with his goal against Algeria in the 2010 World Cup, thawed the tension between Donovan supporters and critics. Coming back to the MLS may have been the easy way out – but at least Donovan showed he could play with the world’s best. And score the most memorable goal in the USNT’s history.

Then again, if Donovan could become a cult hero in 19 matches, imagine what he could have done had he been in Europe his entire career? That rabbit hole misses probably misses the point. And Donovan doesn’t seem like one to lose sleep over it, either. We can ignore the size of the pond this time, and celebrate the fish for getting so big.

For the majority of his career, Donovan was a Rorschach test for how American supporters perceived their fight within the world soccer framework. We projected the possibilities and insecurities onto him. When Donovan took a step back, it was as if he took the future of American soccer back with him. Yet he always seemed to find a way.

The MLS Cup Final against the New England Revolution on Sunday was as commemorative as it was competitive. The Revolution took the Galaxy to extra time, but there could only be one outcome with Donovan previously announcing his retirement at the end of this season. The only surprise was that Donovan himself didn’t score the game winning goal. He left the soccer a champion – not a World Cup or Champions League champion, but a champion nonetheless.

It was an appropriately symbolic end to Donovan’s career: he set his own bar, then jumped over it. And in return, he’d show up when it mattered most to us, whether at Everton, or in South Africa. This silent compromise that defined Donovan’s career may be best summed up by slightly tweaking Kurt Vonnegut. The goals and assists were beautiful, nothing hurt, and Landon Donovan played professional soccer for 15 years from 1999-2014.