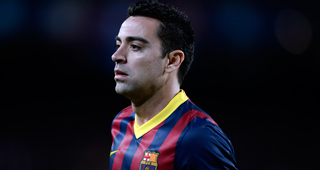 There were other more important stories, a steady drizzle of incoming transfers and early rave reviews about his tactical genius, but the item I remember best from the summer when Pep Guardiola took over as Manchester City manager is that he outlawed pizza. In fact, this was barely a story, just something Gaël Clichy mentioned offhand in a press conference praising Guardiola’s firm leadership, but sometimes a stray detail takes on a life of its own, in this case because it was funny and spoke to Pep’s overbearing perfectionist streak. It seemed as if he would ban any and all fun, if that’s what it took to get his squad to play at the level he expected from them.

Of course, we know that Pep’s whole neurotic taskmaster act works. He’s won everywhere he’s been and his teams play some of the most attractive ball in the world. He can be overserious to the point of abject silliness—and, to be completely fair, he seems to know this about himself—but he gets results.

If Pep can be said to have a direct disciple, it’s probably Xavi Hernandez, the gravitational center of those world-historically great Barcelona midfields and a strong believer that the most aesthetic and most effective soccer almost perfectly coincide. Xavi has spent his post-Barca playing career cashing Qatari checks and spreading his radical gloss on Pep’s gospel—”clearing the ball is an intellectual defeat,” stuff like that. Everyone knew Xavi would become Barcelona manager eventually. He’s been campaigning for the job in much the same way Gerard Piqué has set himself up to become club president someday. The cultural fit is ideal, and the fans love him. The larger question is whether he’s going to be any good at actually coaching the team.

When Atlético Madrid brought Diego Simeone aboard in December of 2011, it was in part a publicity stunt by the club’s widely loathed directors. Cholo had been retired from playing for five years, taken several coaching gigs in Argentina and Italy, experienced success and failure in roughly equal measure, and never stayed anywhere for more than a season. He wasn’t qualified for the Atleti job, really, or at least not in a way that should have made anyone particularly optimistic about his hiring. But the club was at a low ebb and Cholo was revered by Atleti supporters, who remembered him as a vocal leader on the doblete-wining 1995-96 squad. So, sure, why not give the local celebrity a shot? That Simeone’s tenure has been an organizational triumph is a little bit accidental. It wouldn't have been a surprise if he had flamed out in nine months, as the bulk of his predecessors did.

Xavi has even fewer qualifications than Cholo did when he stepped into the Atleti gig, having only managed for a couple seasons at Al Sadd, a Qatari megaclub that exists only to garner prestige and overpay a small handful of washed up names. (Currently: Santi Cazorla and Andre Ayew.) It’s not like Xavi doesn’t think deeply about tactics or that he lacks the charisma to lead a locker room, but he’s far from well-practiced and there’s going to be a certain amount of learning on the job.

So he starts by laying down his Pep-derived principles. Xavi’s tightening the ship at Barcelona, making a show of instituting hard and fast rules about showing up early for training, eating meals among teammates, and avoiding risky off-field behavior. It’s not profound or unprecedented stuff. More like a statement of intentions, that this is one of the first things the press has been clued into following Xavi’s appointment. He wants to be seen as whipping a ramshackle squad into shape, imposing standards, getting back to basics. Xavi would probably bristle at being called a type but coaches influence the game in such general and removed ways that it is hard not to fall into one category or another. He’s chosen Disciplinarian. As fine a choice as any other.

I mention Cholo Simeone not so much because of the Club Legend Takes The Reins parallels but because in much the same way Atleti were in the gutter in December 2011, Barcelona are a mess right now. Granted, they are FC Barcelona, their predicament can only get so bad, but they’re debt-strapped and reeling from years of mismanagement, not untalented but less stocked than you would expect a club with their spending power to be, in the process of ushering out the creaking stragglers that Xavi himself played with—Sergio Busquets, Piqué—and, not for nothing, ninth in the league table. Plus Leo Messi’s playing in Paris because they couldn’t afford to pay him. The air around the Camp Nou is putrescent and aggrieved. There’s much to be done from now until the end of the season, and over the next couple of summers. The club is thirsting for the beginning of a new era. It’s a lot to ask of a great player turned novice manager.

Xavi won’t doubt his ability to figure everything out, even what’s beyond his control. If Pep can be accused of a kind of princely arrogance, Xavi is downright truculent. He communicates each thought as if it were an incontrovertible truth. Whether Xavi’s ideas about each match are correct, whether his conviction inspires guys like Ousmane Dembélé and Pedri, remains to be seen. Coaching hires are a crapshoot and Xavi doesn’t have much of a record to go on. But he’s Xavi. So, sure, why wouldn’t Barcelona give him a shot? Maybe he’ll turn out like his old boss Pep, or like Simeone. There are obviously many, many reasons why that might not happen. Xavi won’t pay heed to any of them, which is why he’ll either be exactly what Barcelona need or seeking a new, less prestigious position in the near future.