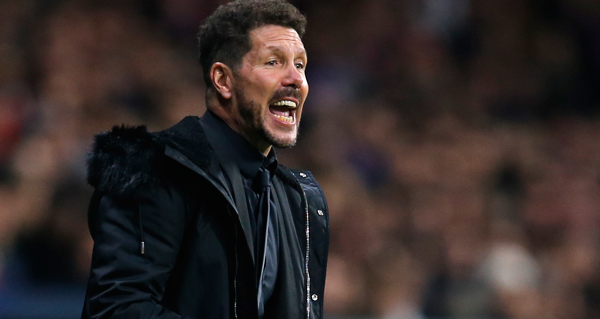 Soccer history doesn’t repeat, but it does rhyme. Atletico Madrid’s 2021 La Liga title was spurred on by picking up a striker from Barcelona for free during the previous summer, just as it was during their 2014 title run. We don’t know exactly what Lionel Messi felt in regards to David Villa years ago, but he understood the ramifications of losing Luis Suarez to their league rivals this time around. This column began by picking up the pieces after Atleti’s loss in the Champions League Final to Real Madrid during that 2014 season, back at the very start of Simeone-ism. But more than a league title, Atleti’s achievement based on previously unheralded players and an impenetrable system gave hope that there was not a one-size (or one-budget) fits-all approach to winning.

“This shows that there is more than one way to win...it means you can win in a different way. It’s always the player’s characteristics that define how you play and we have won in a different way to Madrid or Barcelona,” said Simeone back in 2014.

Seven years hardly registers on the sport’s overall timeline, though with the rise of social media, television, and analytics, new approaches seem to appear every month. Previously synonymous with a deep-defending 4-4-2 formation that hit out on counter attacks, Simeone himself embodied this change. While a 4-4-2 is built on simplicity with clearly defined roles on defense, his version required very specific pieces with unique traits, especially in a Diego Costa-like striker who had the determination to chase down long clearances plus the footwork and creativity to score goals. Instead, his 2021 version was built around the singular poaching ability of the 33-year-old Suarez, with a possession-based 3-5-2 formation accommodating his aging legs.

As engaging as they are to discuss for their own sake, we are reminded that the long debates and analysis over 4-4-2s and 4-3-3s, possession and pressing, all serve a purpose, a means to a higher end. Tactics can also represent a compromise. To quote Rafa Benitez as his Newcastle prepared for a match against Liverpool in 2017, tactics are about making use of a “short blanket” - if you cover your head, your feet get cold. If you cover your feet, your head gets cold. No perfect solutions exist, only balance.

But there is an even more fundamental clash. Tactics are born out of a desire to control a match through structure, whether a superior team looking to mitigate risk by playing in possession or a less-resourced side opening up play through unpredictability. If the famous definition of insanity is doing the same thing expecting different results, what then is the definition of trying to control something that inherently doesn’t want to be controlled?

Looking back now, 2014 also represents a vital year of transition with pressing replacing tiki-taka as soccer’s dominant philosophy. Spain’s 5-1 loss to the Netherlands in the opening match of the World Cup was a decisive end played out in front of the world. Seven years later, not only is pressing more pervasive than ever, we are uncovering new wrinkles and solutions aided by the rise of analytics able to log pressures and running stats more definitively than silky first touches and half-turns.

Of course, the concept is also literally backed by a billion dollar branding company in Red Bull.

Teams that previously tried to control matches with the ball now focused on manipulating space without it through organized running. The idea sounds almost too simplistic and obvious, until you remember how all eleven players must synchronise their movements depending on the ball and the game situation. It also represents a fundamental shift in ideology as possession tried to tame a match through passing and space, whereas pressing understands that soccer is chaotic and can only be controlled through physicality and athleticism.

The myth of pressing also comes with its own origin story set sometime in February of 1983, when former Red Bull head Ralf Rangnick managed a sixth-division German side against a Dynamo Kiev team led by the legendary Valeriy Lobanovskyi. Dynamo’s pressing made Rangnick wonder if he was playing against “13 or 14” players.

“That was my football epiphany. I understood that there was a different way of playing,” said Rangnick, echoing Simeone.

The shape of matches changed. Attempts to outnumber opposition with midfield triangles turned into 3-2-5 attacking lineups to overwhelm an opposition’s back four with directness. Our language went from recycling possession to verticality and intensity, from pass completions to presses per defensive actions. The blanket was still short, but it was also heavily weighted.

Outside of Guardiola, the leading figures of pressing have come from humble playing and coaching backgrounds, giving the impression that generation-defining ideas can arrive out of anywhere. Thomas Tuchel was implementing his version of positional play at Mainz in 2014, which led to the infamous night out between him and Guardiola. A then-26-year-old Julian Nagelsmann was managing Hoffenheim’s U19 academy to a Under 19 Bundesliga title, two years before he was named the club’s senior team manager. Jurgen Klopp was the most accomplished out of the group with his achievements at Borussia Dortmund, though even he found a new level aided by Liverpool’s analytics machine.

Which is to stay, somewhere across the globe at a small club or an academy, the next great manager is developing their idea to win in a different way, finding new solutions to transcend the short blanket. Though with the clash between the openness of social media against analytic backrooms available only for those with advanced degrees, can we still stumble upon revolutions by chance? And will the next “new way” be formed by computers and graphs, or is there still room for strokes of insight through unexpected epiphanies?

“There were no books, no exercises. We didn’t even have the vocabulary to describe the kind of things that were happening on the pitch,” recalls Rangnick of the early days of building out his pressing ideas without social media, analytics charts, and online apps streaming matches from the far corners of the world.

Somewhere along our timeline, our problem reversed to having too much information and data without knowing exactly how to synthesize it into innovations.

But as Rangnick and Simeone expressed, there is always a search for a new way, new ideas to reconcile Platonic playing ideals with the pragmatism of an everyday budget. The compromise leads to a larger discussion of what football actually means, whether it’s only about winning or if there’s a deeper significance where the means are as important as the result. After Manchester United’s win over Ajax in the 2017 Europa League, Mourinho separated the two camps by confidently proclaiming how “there are a lot of poets in football, but poets, they don’t win many titles.” Klopp also famously created a division when comparing his “heavy metal” pressing style to Arsene Wenger’s “orchestra”-esque passing sequences, adding that he “always wants it loud.”

At the very least, we understand our human need to divide between “us” and “them.” And all the metaphors of music and poetry try to mask the uncontrollable nature of sport. After holding on to a 2-1 win against Real Sociedad late in the season, Simeone pointed out how much his side had to “really suffer.” Koke took that concept about one step further, saying that if Atleti “do not suffer, we are not ourselves.” Upon scoring a match-winning goal in the 88th minute against Osasuna, even Suarez admitted that “everyone tells you that suffering is part of Atletico’s identity but I didn’t think this much.” Poets, philosophers, orchestras, heavy metal guitarists, or sufferers. However you define it, however you see it, there’s always room for a new way.