La Liga Ain't What It Used To Be 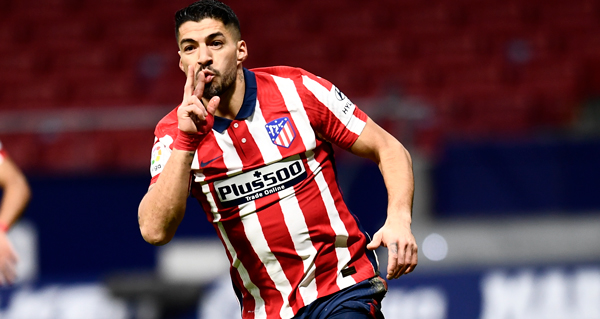 The champs were overjoyed. It’s Atlético Madrid, they know only heart-bursting happiness and burst-hearted shame. Luis Suarez, cast off by Barcelona and told he had failed his friend Leo Messi, wept on the pitch at Estadio Jose Zorilla. (Suarez will always belong more to Barca than Atleti, but his vulnerability, the way his excitement is almost indistinguishable from terrible pain, is very Atlético-esque.) Some half-hour previous, he’d scored the goal that sealed the title, and the week before that, he’d scored a more dramatic one that kept his new club in first place. Now he could rest. Season over, mission accomplished, scores settled. Most of the guys who ran him out of Barcelona weren’t even in charge anymore; some of them had been arrested in March.

The rest of the team celebrated with less anguish. Elated Koke, ebullient Hermoso. Atletico Madrid are a considerably bigger club than they were when they last won La Liga in 2014. They make splashier signings and pay better salaries, but they are still a little brother to Barcelona and Real Madrid. Any time they come out on top of those two is at least a mild upset. But this season’s edition of Spain’s big two were diminished: Madrid are firmly between eras, old stars barely hanging on and young ones not quite delivering yet (anxiety about if they ever will abounds), and Barcelona are reaping the ravaging effects of severe mismanagement over the past half-decade. Neither of them were particularly sharp this year.

And in 2021, neither were Atleti. They set a blazing pace through the half of season, swifter and more optimistic than ever with a high three-man back line replacing Cholo Simeone’s rigid 4-4-2, but in January and February, they were hit by COVID infections and muscle injuries, Kieran Trippier served a suspension for giving gambling tips to his friends, and as their new system broke down populated by ill-prepared bench players and their league lead grew slimmer, Cholo’s worst instincts took over. They went back to playing the miserably conservative soccer they’re infamous for, white-knuckling 1-0 leads with an hour-plus left in the match, ceding possession to midtable sides and enduring close call after close call. They easily could have blown this title, and probably deserved to, but Madrid, Barcelona, and Sevilla all stumbled as they were making up ground. On the merits, La Liga was a competition no one really deserved to win. Atleti won’t care; they take what they can get.

They accrued 86 points over the course of the season, the lowest total for a Liga champion since 2008, when Real Madrid were pre-Cristiano Ronaldo and Barcelona were pre-Pep Guardiola, when a once-great Valencia were creaking beneath the weight of their debts, and Atleti themselves were an underachieving mess at the mercy of a taxman they hadn’t paid in years. (Sevilla remained quite good. Sevilla are a well-run outfit, if always a little bit overmatched.)

After years of European supremacy—if you won La Liga, you were probably one of the best two or three teams in the world, if not the absolute best—Spain is at a low ebb. The revenue monster that is the EPL is as talented and excellently managed as it has been in a long while and the standard of play in Serie A is up even as Juventus struggled this past season. Barcelona and Atleti were destroyed in the Champions League round of 16 by PSG and Chelsea, respectively, and whatever witch magic Madrid have working for them in Europe ran out in the semis. Results and numbers tell the story to some extent, but to simplify and overgeneralize: when you watch La Liga, it’s just simply not as good as it was circa 2015. Not at the top, anyway. It says something that until the last couple weeks of the season, Sevilla hung with their ostensible betters in the league table: Madrid, Barcelona, and Atleti were playing at about Sevilla’s level, which is to say a nice-enough Champions League side. There were no true conquerors among them.

Madrid and Barcelona are typically equipped to remake a not-great squad in the space of a single summer. They push out the manager, sign three guys who would start for any club in the world, and win ten more points than they did the previous season. But their pandemic-stricken books—especially at Barcelona, where their wage structure is completely busted—complicate matters. They seem less financially agile than usual. Seem because it wouldn’t surprise anyone if Madrid president Florentino Perez, who’s been making my tummy hurts sounds all year about how Madrid need a revenue injection, blew a bunch of cash in this transfer window anyway. If Madrid want to find money—basically, make a bet that what they spend now will be recoverable over the next couple seasons—they can do it. Barcelona’s ability to do the same is perhaps in more serious doubt, but who knows. Kylian Mbappe and Erling Haaland are up for bid this summer, and those are the kind of generational talents that Madrid and Barca are used to snapping up with aplomb. Getting both of them is probably out of the question, but one? You make some sales, call your banker, and figure out if it’s doable.

The defending champs are more likely to remain the same. There will be departures and arrivals at Atleti, but they don’t shop in the same category as their rivals, and anyway, you could give Cholo Simeone circa 2010 Barcelona and he’d throw eleven bodies behind the ball up 1-0. He doesn’t know what to do with attacking talent, disregards half the signings the club makes, and runs his favorite players into the ground. There’s a hard ceiling on what they can become with him in charge, and his bosses are wholly satisfied with that reality. It’s a mid-era Arsene Wenger sort of thing.

If Haaland and Mbappe elude the big two, which they totally could with all the eminent English clubs in the running for their services, it will serve as a further confirmation of a trend that’s been unfolding for a while now. In short, La Liga ain’t what it used to be. Whether that’s a permanent condition or a blip in the course of a broader history of success is something we’ll find out over the next few seasons. Sometimes low points are just low points; sometimes they mark the beginning of a new normal. As ever, Madrid and Barcelona will decide which direction this whole enterprise goes. And Atleti will have their days, knowing that they don’t run the show but do occasionally get to star in it.