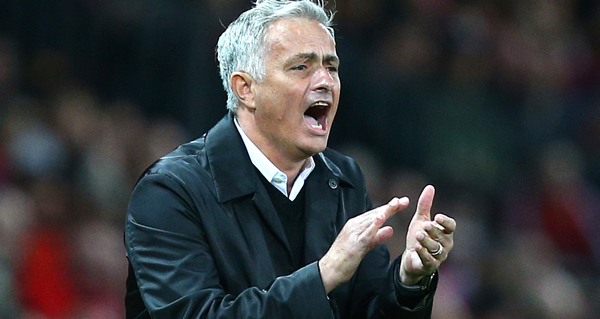 “The opium of the masses” is how former Roma sporting director Walter Sabatini described Jose Mourinho following the announcement that Mourinho would be taking over as manager next season. Sabatini continued, saying that Mourinho was the “emotional earthquake” Roma needed after a long period of inaction and stasis. The Portuguese manager’s return less than a month after getting sacked by Tottenham drew a wide range of reactions depending on fan base and league. But no matter the results from his last five seasons in the Premier League, or that he last won a trophy in 2017, Mourinho still undeniably stirs emotion. And depending on the team, feeling is a foundation to build upon.

Roma’s journey last decade starting when American businessman James Pallotta bought the club in 2012 with dreams of modernization traces its own story of the contemporary game. Juventus are the poster child, but we can learn as much from the failures of teams who tried to follow a blueprint for developing a global brand with the rise of social media. One recurring idea was how difficult Roma are to penetrate, and that’s for people steeped in its culture.

Roma had the resources, the inspiration, and the distribution. Their recipe included data, memes, and plans for a new stadium. Looking back now, they got their memes and probably had their data. But an inability to build a new stadium symbolized the denseness and impossibilities of enacting change within a static infrastructure, a narrative familiar for people and business as far back as storytelling goes.

The high point of the club came following their Champions League comeback against Barcelona in 2018, winning the second leg 3-0 to overturn a 4-1 loss in the first leg. The social media team broke new ground with incomprehensible tweets; Palotta celebrated by jumping into a fountain. At the moment, there was only the future. They were managed by a young, up and coming tactician in Eusebio di Francesco. They were lead by one of the most highly regarded sporting directors in Monchi. They had young attackers to build upon like Cengiz Under. It felt like a new era.

But storytellers know that there is only one way to go after the immense highs. The failure to build a new stadium, a project lost within the twists and turns of bureaucracy, most explicitly represented the cultural divide between Pallotta’s vision and the club, the city, and the league. There were plans going back as far as 2013, with its landing page now representing wishful thinking. The rejections, delays, and approvals over the next eight years displayed the inner workings of Rome, and the impossibilities of untangingly an interconnected web woven through generations. There was promise at one point in 2017, with the city mayor publicly approving a new stadium and describing its promise as “an opportunity for Rome.”

And then, predictable to many in the know, there was no further movement. One Serie A analyst wrote that what Pallotta failed to understand is the layers in which Rome is “uniquely stratified.”

“Rome is stratified socially, politically, and culturally. You cannot turn a legal or logistical stone without finding yourself involved with one or two societies organized outside of all official channels … of the Italian cities, only Naples has interconnected sub-cultures that are as powerful and complex,” wrote Andrea Tallarita back in 2017.

Which is to say, Pallotta never had a chance in the first place. And for critics, a club's inability to pocket their matchday income by owning their stadium was another example of why Serie A lagged behind the Premier League. Free of the delicate relationship building, Pallotta was much more straightforward in tweeting that “some jerk ruined this project.”

But even the team appeared to pause following their 2018 Champions League run. Alisson was sold to Liverpool that summer. Di Francesco was sacked before making it another full season. Unable to replicate his finds at Sevilla, Monchi left the club in 2019. With no stadium, no obvious path to economic growth, and divisive feelings all around, Pallotta sold the club to another American business firm in The Friedkin Group at the start of last season. His legacy is of a well-meaning owner who was ultimately naive to the “Italian system.” Pallotta is largely absolved of blame. After all, you don’t know what you don’t know.

The Friedkin Group established a clear boundary between themselves and Pallotta by officially pulling out of any stadium deal. The last seven years were wasted on illusions.

But considering the last several years of false starts and stops, there may be no other manager better equipped to untangle the explicit and implicit workings of a club than Mourinho. Regardless of his recent record or lack of tactical growth, he is the opposite of naive. Mourinho’s awareness has allowed him to excel in highly political situations with Porto, Chelsea, Inter, and Real Madrid. The tactics on the field are only the top layer of what he can bring to a club, and maybe the underworkings of United and Tottenham were too straightforward to fully activate all his senses.

And the more we consider the subtext, the more we realize how naive we were in only considering the innovative tactics of Roma’s last two managers in di Francesco and Paulo Fonseca. We poeticized their short passing structures, their attacking mentality, and the quickness of play. But what good are philosophies without the understanding of how to engage the underlying currents? As another famous saying goes, culture eats strategy for breakfast.

As for Pallotta, he’s already moved on from the complexities of Serie A that eventually drowned him. Linked with buying Newcastle, he called the Premier League a “place that makes sense for me.” Though considering his experiences over the last eight seasons, most clubs would probably appear more straightforward to navigate.

Within the context of the failed Super League, you could argue that Pallotta’s inability to build a new stadium was perversely a victory for locality. Structurally hindered from unlocking another layer of economic potential, Roma were luckily left off the league’s founding members.

In another world without the complexity, Roma would have their new stadium, their global brand, and potentially would have even joined the Super League. Is there solace, or at least some advantage, in how one plus one doesn’t always equal two? That there are unforeseen influences outside of the seemingly straightforward steps of purchasing an undervalued sports asset and raising its value while threatening to alienate local, generational supporters. Or maybe some clubs just aren’t meant to be what we imagine them to become when analyzing from a standpoint of economic efficiency.

Thus the need for an experienced personality with the right amount of cynicism and realism  developed over years at the highest levels of European football. We’ve already seen the immediate impact of a resolute, stubborn manager in Serie A. Mourinho’s personality, the mind games and doublespeak, are now features. His understanding of the pushes, pulls, and politics may end up setting Roma free.