Stefano Pioli Brings The Age Of Realism To AC Milan 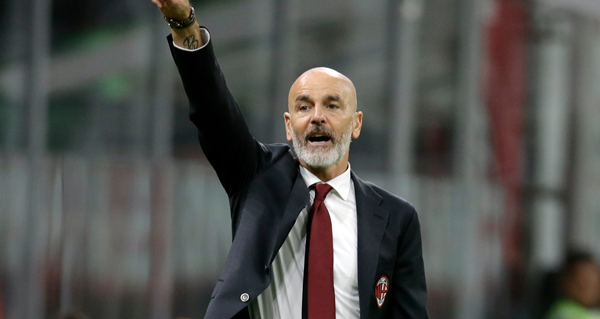 In contrast to a slow unraveling, January 13th, 2014 stands as the symbolic turning point of AC Milan’s contemporary history. That was the day the club sacked Max Allegri. Allegri would take over Juventus the following season and go on to win five consecutive Series A titles. Meanwhile, Milan are on their third ownership group and eighth manager in the five seasons since Allegri left the club, having gone through, in order: Clarence Seedorf, Filippo Inzaghi, Sinisa Mihajlovic, Cristian Brocchi, Vincenzo Montella, Gennaro Gattuso, and Marco Giampaolo. Gattuso is the only manager to have lasted more than one year, with Giampaolo most recently setting a dubious record for the shortest reign in club history at 111 days. They’ve exhausted every type of manager ranging from former club legends groomed in the youth academy, experienced managers, and young upstarts. Upon leaving, Allegri added he didn’t care who the next coaches were as managing the club was no longer his problem.

“We have to be realistic,” warned the eighth and current Milan manager Stefano Pioli following his side’s 2-1 loss to Roma over the weekend. Pioli, who took over from Giampaolo at the beginning of October, explained that team spirit and battling determination must overcome his side’s lack of self-belief. The language revealed the challenge for himself and future Milan managers: the club’s struggles aren’t necessarily from a lack of talent, but something lacking in the underlying emotion and personality. What’s needed from a manager is more chemist than tactician.

It was supposed to be an exciting, progressive season under Giampaolo, who dreamed of a playful style at Milan. The 52-year-old made his name with a signature 4-3-1-2 attacking formation that included a playmaker in his three seasons at Sampdoria. And while firing a new manager just seven matches into the season looks rash, it wasn’t so much that Milan lost four of those matches, but the how. After the team opened the season with a 1-0 to Udinese in which midfielder Suso played the playmaking role, Giampaolo completely abandoned his tactical system for a 4-3-3 formation that repositioned Suso in his favored right wing role. In lieu of looseness and fun came pragmatism, with the manager admitting that his ideas of football went against the inherent nature of his players’ abilities.

“We are sterile, I don’t like the movement in attack, this team is not suited to this football,” admitted Giampaolo, who theoretically had an entire preseason to either iron out his ideas or realize his side’s deficiencies and train a new plan.

So why would Milan continue with Giampaolo if he wasn’t implementing the attacking traits that got him the job in the first place? There’s easy narratives for his failures. We can point to the differences between maximizing the talents of a midtable side and managing a club with the scale of Champions League expectations, a jump that managers fail to make every season. Giampaolo was also partly a product of social media, with sequences of Sampdoria’s quick, vertical passing leading to retweets and attention towards his playing style. What social media failed to document was the rest of the frustrations of a season that included 3-0 losses to Napoli and Bologna.

Inter’s immediate success with their own new manager in Antonio Conte surely added tension. The ask wasn’t for Giampaolo to be on the level of the former Juventus and Chelsea manager, but to at least provide that sort of distinctive identity to Milan’s play. The hire of Pioli replaces those visions of beautiful fluidity for something more stable and battle-tested. Pioli, who has built a career on caretaking distressed projects and is himself on his fourth team in three years, beat out Luciano Spalletti for the role. Even the hire was steeped in realism as Milan reportedly did not want to buy out Spalletti’s contract from Inter. Through it all, Milan currently sit 10th on the table.

And it was only a matter of time before Silvio Berlusconi reappeared on the scene given the coaching dissonance. He unveiled his plan for how Milan could recapture their past glory: by giving the club back to Silvio Berlusconi.

He may have a point, as unrealistic as his demand appears. Milan have undergone an entire story arc of boom and bust in the two years since Berlusconi sold the club. The club spent over $250 million in two months during the impossible summer transfer window of 2017 that eventually bankrupted its ownership group, leading to a third ownership group. Yet even with the boardroom uncertainty, Milan are still aggressive in the transfer market. They added Krzysztof Piatek and Lucas Paqueta last winter for a combined $82 million. Summer signings Franck Kessie, Theo Hernandez, and Rafael Leao are all under 22-years-old. There is genuine quality in attack. As for the emotional connection and fighting spirit, those solutions cannot necessarily be resolved in the transfer market.

It’s been a difficult season for formerly prodigal Serie A managers. Eusebio di Francesco, who replaced Giampaolo at Sampdoria, also parted ways with his club in October after losing six out of seven matches to open the season.

Consider the Italian managers at the league’s glamor clubs: Maurizio Sarri and Carlo Ancelotti are both 60-year old. Gian Piero Gasperini is 61. Pioli, Conte, Giampaolo and di Francesco are all over 50. We could ask where the next Ancelotti or Conte is, but even more pertinent is how innovative managers can make a smoother transition from midtable, tactical spark plug to rugged institution at a top Serie A side.

It’s been 12 years since Milan wont their last Champions League, beating Liverpool 2-1 in the final. Liverpool, interestingly, have set out a blueprint for how a legacy club can modernize and regain their relevancy on the European stage. Liverpool, like Milan, entered their own dark ages at the turn of the decade exemplified by boardroom infighting and a lack of Champions League football. In purchasing the club in 2010, Fenway Sports Group gave the side both an analytical direction and time. They embraced the modernity of the new sporting world on and off the field, eventually hiring Michael Edwards to turn data into players for Jurgen Klopp’s system, all while embracing opportunities for revenue and supporter growth around the world. Most significant was the seamless mesh of a data-driven decision-making process from the ownership group down to the first team. There was a clear North Star.

Though perhaps modern Liverpool’s defining trait is in its stability. Inzaghi, who scored both goals for Milan, has managed Venezia, Bologna, and Benevento since his spell at Milan. Seedort is on his fourth club, each one in a different country. Ancelotti is managing his fifth club since that final. Even as soccer history is littered with teams that were once giants in their era, memories of a dominant Milan are still within the grasp of the present-day footballing conscious. A club’s dominance won’t be forgotten in a bad season, or five years, or even a decade. But the game always moves forward, with or without its once-signature clubs.