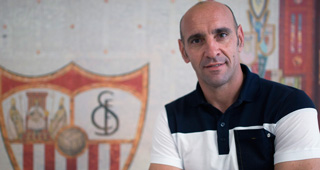 It took seventeen years to build and a just month to leave behind. The biggest surprise of Monchi leaving Sevilla’s sporting director role for the same position at Roma is that it actually happened. After all, rumors of his impending departure became its own summer rumor cottage industry with Sevilla winning five Europa League titles since 2004. If Monchi acted on his own volition, he would have left last year but club president Pepe Castro forced him to stay one more season with the club. Then, last March, with ten matches left in the La Liga season, the sporting director slowly phased himself out of day to day operations at Sevilla. He cited personal burnout and professional exhaustion from having to live up to expectations as a scouting guru to making travel and luggage arrangements for incoming players. He was at Roma a month later announcing his excitement at taking over a new project.

The Roma project in question is driven by owner James Pallotta, who oversaw a privately funded $1 billion stadium with the expectation that his side turn into a top ten European club season after season. He proudly discusses his club’s analytics department, and gives a tangible example of Lorenzo Pellegrini not being loaned out this season due to the forward thinking Monchi. And the Spaniard joins a group of Serie A sporting directors defined by a signature style. Juventus’ Giuseppe Marotta built a spine through the free transfer market, and may have another feather in his cap this summer in Liverpool’s Emre Can. Current Inter director and Monchi’s predecessor at Roma Walter Sabatini is perhaps his closest compatriot in terms of finding value and reselling at higher prices. Sabatini compared Serie A to a secondary market operating competing for players just below the top level. It was exactly this market that Monchi did so well to mine during his years at Sevilla.

To be that ingrained inside a club can only occur organically over 29 years, as Monchi worked his way up from the youth team to the sporting director role. And while he earned his reputation as a transfer wizard uncovering talent for cheap and selling it on to bigger clubs, Roma represented a completely new beginning in a league notoriously difficult to outsiders. He has found success in the first year of his Roma project, although in un-Monchi-like style. Roma knocked out Shakhtar Donetsk in the round of 16 to reach their first Champions League quarter finals appearance in a decade. And they are third in the league, although there is a significant 14-point gap between them and second place Napoli.

More than anything, Monchi’s presence gave the club and project symbolic credibility especially for those who dread the idea of sporting projects. But Roma have been carried mostly by players who pre-date Monchi, namely Edin Dzeko. Out of the players Monchi sold last summer - from Antonio Rudiger to Leandro Paredes - the manner of Mo Salah’s departure to Liverpool defined his time thus far. After a protracted back and forth between the two clubs in which Monchi felt he was backed into a corner by timing and demanding that Roma were not a supermarket, Monchi finally agreed to sell the Egyptian striker for just over $50 million. Salah answered with 28 goals in 30 matches and is now rumored to be a Real Madrid target for over $200 million. Months later, Monchi admitted that he could have gotten more money from Liverpool, and instead asked Roma supporters for “a little faith” in his vision.

In to replace Salah at right wing was 20-year-old Cengiz Under from Basaksehir. Under looks like a classic Monchi signing from a lower league, with his directness drawing comparisons to both Salah and Paulo Dybala. Under repaid his faith by scoring the decisive away goal that knocked out Shakhtar. But Schick, with no goals in 13 appearances, has been especially disappointing considering their need to one day replace Dzeko. And in contrast to the dynamic youth he signed at Sevilla, the majority of Monchi’s first year signings have been practical players in their mid to late 20’s like Juan Jesus and Bruno Peres. Left back Aleksandar Kolarov is one of the best bargains of the summer window, yet he is 31 years old with little hope of any eye popping resell fee.

With Salah fresh in his mind, Monchi faces an immediate transfer obstacle this summer with 25 year old goalkeeper Alisson rumored for the likes of Liverpool and Real Madrid. The Brazilian is expected to command a world record fee for his position, and surely Monchi will not be bullied or inconvenienced in negotiations this time around. But those observations come from his Sevilla rubric where selling a player like Alisson fit the story for the club’s existence year after year. Roma’s average age is 27 years, and outside of Daniele De Rossi and Dzeko in their 30’s, the core of the side from Kevin Strootman to Alessandro Florenzi to Radja Nainggolan are in their late 20s.

Pallotta’s ambition may be the defining factor here. After all, selling your top players every season is not the path to achieve top 10 European club status. In addition to learning Italian and player names when he started at Roma, Monchi said he took a course in “ambition”. He was careful in saying that Sevilla had its own ambition, but in a different manner. Whereas his former club could fly under the radar of attention and expectation with Real Madrid and Barcelona, he’s counted nine radio stations devoted to talking about Roma on a daily basis. And as Sevilla appears on lists for most impressive starting 11’s had the club not sold its players, we may not only see Pallotta’s vision come to fruition, but a Monchi side in its purest form as well.

Monchi goes back to Spain as Roma drew Barcelona in the quarterfinals of the Champions League. He put Barcelona as 80-20 favorites but said that Roma could dream. The return to the Nou Camp is appropriate as a reunion with Sevilla one day feels inevitable. Monchi stated he would never go to any other La Liga side other than Sevilla. He signed with Roma for four years, but anyone as successful and driven as Monchi will want to make decisions on his own terms. His track record presents a reversal on the traditional problem of a club obsessed with continental success at the expense of domestic play. We know Monchi can build a winning European side. And with a billion dollar project looming in the background, there is pressure to build a team able to compete on two fronts consistently. At least this time, he can see his squad grow to its full potential, without cutting it down before its time.