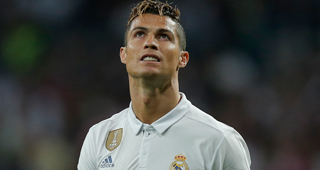 Portuguese national team manager Fernando Santos must at some point develop a style outside of winning by boredom, determined Andy Brassell on the June 22nd episode of The European Football Show podcast. The reference was to the defensive, counter attacking tendencies exhibited by the Portugal side in this summer’s Confederations Cup as they topped Group A before losing in the semifinals to Chile on penalties. The criticism of getting results through boring means would be a compliment for Santos. He lauded the simplicity his side as Portugal won its first senior trophy in last summer’s European Championship, saying his players were as “simple as doves, wise as serpents”.

How perceptions change in a soccer year. The emphasis on the pragmatic elements of winning makes sense when his side lift trophies, not when getting knocked out in the semifinals to Chile. The simplicity of Santos’ Portugal lies in a counter attacking, diamond shaped 442 formation lead by the legs of young midfielders, defensive solidarity, and Ronaldo. In recapping the 2016 title winning side, I highlighted the midfield combination of Joao Mario, Renato Sanches, and William Carvalho, all then under 24 years old, each blending physicality with technique. The backline paired veteran center backs in Pepe and Jose Fonte, as Cedric and Raphael Guerreiro providing width and running. The side blended experience with young legs, the world class Ronaldo with the journeyman matchwinner Eder. It was a balance Max Allegri would be proud of.

Loyal to his players and diamond midfield shape for better or worse, Santos included several familiar names in the starting lineup that lost to Chile. The defensive foundation of Patricio, Fonte, and Cedric didn’t allow a goal after the opening match to Mexico (Pepe was suspended for the semi-final match). The biggest change from last year’s finals was in midfield, with Bernardo Silva and Andre Gomes replacing Sanches and Mario. In demonstrating the possibilities of an expansive Portuguese attack, Brassell highlighted Silva’s cross field switch that lead to a Ricardo Quaresma goal against Mexico.

The 22-year-old Silva was this season’s Portuguese breakout player. In a Monaco side that was seemingly filled with youth who peaked at exactly the right time, he was the playmaker behind their run to the Champions League semifinals. Cutting in from the right wing to his favored left foot, his dribbling, change of direction and close control drew comparisons to Messi. Manchester City added Silva to an already packed midfield this summer for some $57 million. Outside of his ability to keep possession, the x-factor that elevates Silva in Guardiola’s system, is an eye for goal.

In some perverse football universe balancing act, Silva shined while his midfield partners took a step back. His upward transfer is tempered by last summer’s moves of Gomes, Sanches, and Mario to Barcelona, Bayern Munich, and Inter. The midfielders, totaling over $200 million, each struggled to adapt to their new leagues.

No player last season came under more criticism than Gomes. This was partly no fault his own, as he was unfairly saddled with the expectations of a $30 million transfer to Barcelona from Valencia that made little sense even when the move initially took place. Gomes did have opportunities to play with Sergio Busquets and Andres Iniesta injured at various points in the season. But his inability to replace either player proved the critics even further in asking why he was signed at all. Especially when compared to the depth of Real Madrid’s midfield that was instrumental in winning the double.

Mario symbolized Inter’s struggles to gain an identity as they cycled through three managers last season. Signed as a box to box midfielder as part of the Frank de Boer revolution, Mario admitted the difficulty in adapting to the physicality of Italian football. He improved under the direct, counter attacking nature of de Boer’s replacement Stefano Pioli, but Pioli too was sacked. His suspension for the final match of the Serie A season was a fitting end to a lost year. Like Gomes, Mario will be getting a fresh start under new manager Luciano Spalletti. Spalletti has a reputation for developing skilled box to box midfielders like Kevin Strootman, and Mario could likewise thrive in this season before the World Cup.

In spite of the lack of midfield development, Santos still does have a “Get out of jail free” card in Ronaldo’s decisive, counter attacking goals. But strictly relying on individual moments only reinforces the inflexibility of his pragmatic style that a section of Portuguese supporters have turned against. Of course, there are other aspects of management than formations. Santos’ ability to back his players is as important as any tactical nuance (or non-nuance); he’s said that he would go to the “end of the world” with his players from last year’s squad. In a 3-0 win against Latvia in World Cup qualifying earlier this month, he emphasized his side’s intangible determination and intelligence. And he reminds eloquent with metaphors, asking whether we should keep mistaking sardines for lobsters in response to why his teams won’t play more creatively.

After Quaresma, Nani, and Moutinho missed their penalty kicks against Chile, Santos defended the players by reminding us that the same trio scored their penalties against Poland in the quarterfinals on their way to winning the Euro’s. The negativity towards Santos just a year after delivering Portugal’s first senior trophy at first seems too reactionary. Santos’ art is getting results with his style and his players. He constantly reminds us that he and his players wrote the greatest chapter in the country’s football history. There’s no need for an evolution from this point of view. Santos heads into the 2018 World Cup playing with house money, for better or worse.