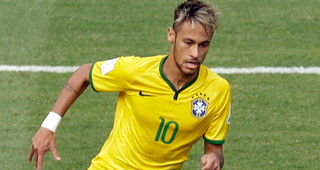 Neymar found himself in a familiar situation when he received the ball against Colombia on the left side of their opponent’s penalty box: the game tied, late in the match, expected to pull a rabbit out of his bag of tricks (which he did). You would be forgiven if Brazil’s 2-1 win over Colombia last week in World Cup qualifying brought to mind a familiar equation, with the opening goal from Miranda off a set piece along with the aforementioned Neymar’s moment of individual brilliance. But this time, it wasn’t part of Dunga’s bunker and counter attacking style. Under new manager Tite, Brazil exacted some revenge for their 1-0 loss to Colombia a year earlier in the Copa America. Beyond that, the victory signaled a brighter direction for the national team heading into the 2018 World Cup and beyond.

With a win against Ecuador the week before, Brazil came away from the international break with six points. The results were significant. Heading into the break, Brazil were in sixth place and out of World Cup position, an unthinkable proposition. Instead, Tite handed center back Miranda, who could not get off the bench to replace Thiago Silva the semifinal match against Germany, the captain’s armband for this round of qualification matches for his steady hand.

Miranda as captain provided a good symbol for Tite’s opening matches, even if the honor is temporary and will probably end up with Neymar by Russia in 2018. It was up to Tite, with his 26 years of experience managing 13 clubs in Brazil, to rediscover a calm within the overall anxiety. His appointment wasn’t necessarily starting from scratch that many demanded after the calamitous semi finals and soul searching fallout of the 7-1 defeat against Germany. The immediate reaction was to go defensive with the reappointment of Dunga, even though Tite was supposedly the manager in waiting at that time. Dunga lasted two years. The final straw came when Brazil failed to get out of the group stages at the Copa America Centenario in June.

Enter Tite. Played at 9000 feet in the Quito altitude, his managerial debut against Ecuador was tricky considering their opponents were second in the qualification standings and he had only two months to prepare. Tite himself considered Brazil to be the underdog against both Ecuador and Colombia. The match against Ecuador was then a good time to display their most impressive senior side performance in some time. The 3-0 win spoke volumes, but the match featured 19 year old striker Gabriel Jesus in a starring role, winning a penalty and scored two goals. It wasn’t Brazil just relying on set pieces and Neymar’s brilliance. It was a cohesive performance from defense, to midfield, to their attacking front three.

Tite unveiled a familiar 4-1-4-1 formation over the two matches with a focus on defensive and midfield solidarity to spring Neymar, Willian, Coutinho and Jesus in attack. The midfield three of Paulinho, Renato Augusto and Casemiro were as tidy and physical as expected, with Casemiro’s rise as one of the top defensive midfielders in the world allowing Paulinho and Augusto freedom to jab forward with runs and presses.

The one word that comes up time and time again in describing Tite’s style is “efficient”. His impressive years at Corinthians, especially in his 2015 return in which the side gave up six goals in their opening 15 matches, employed a similar 4-1-4-1 formation. We covered Pep Guardiola’s use of fullbacks as center midfielders earlier this month, and Tite employed a similar wrinkle to his club side - although we have yet to see this play out in his two matches with Brazil. Defensively, the two wing attackers (between Neymar, Willian, and Coutinho) formed a bank of four alongside Paulinho and Augusto in defense with Casemiro sweeping up runners between the lines. Ever more important is the development of Gabriel Jesus as a striker who can both hold the ball and create space for Paulinho and Augusto with runs into the channels (Tite used Paolo Guerrero in this role at Corinthians).

Outside of his experience and tactics, Tite’s calm demeanor is perhaps the most welcome change from a turbulent past two seasons fraught with accusations of corruption and underachievement. Although he is not known specifically as a purveyor of a beautiful style, his hiring was met with optimism in repairing the team’s psyche. The Ecuador win came a day after former President Dilma Rousseff was impeached, and a pundit pointed out the contrast between mistrust of that administration and confidence instilled by the appointment of Tite and the loss and hope between the two concurrent events. Tite emphasized the team rediscovering their Brazilian identity in marrying individual attacking flair within a team structure.

Neymar and Jesus were the obvious stars from the two matches. The player with the most to gain under Tite is Paulinho, who played under the manager at Corinthians from 2010 to 2013 and secured a move to Tottenham while under his guidance. Described by Riquelme as a better version of Frank Lampard, the 28-year-old moved to the Chinese Super League last summer. Most expected the move to signal the end to his international career. Yet Paulinho started both matches and showed some of the characteristic push that put him on the Premier League radar. Yes, his most significant offensive contribution was a handball goal that earned him a yellow card, his defensive work on Colombian playmaker Macnelly Torres was decisive. Paulinho, alongside another Chinese Super League player Renato Augusto (who played under Tite at Corinthians in 2012 and in 2015), and Casemiro were essential in solidifying the center midfield position.

Upon getting fired, Dunga pointed out the impossible situation of managing Brazil: it took Germany 14 years to rebuild itself into a World Cup champion, while Brazilians lacked that same patience. Regardless his managerial abilities, his firing represented as much of a crisis off the field as any lineup he placed upon it. But there is room for optimism with the momentum of Brazil winning the Olympics alongside the two results this past week. Moving up four spots to second place in qualifying with ten matches remaining, any anxiety seems to have finally eased for now.

In a different world, we would already be two years into Titi’s reign. But there is a saying somewhere about how good things comes to those who wait and take European soccer sabbaticals to study the likes of Carlo Ancelotti and Arsene Wenger. He proclaimed this current squad to be an evolution. Combining the steadiness of Miranda and Casemiro with the dynamism of Neymar and Jesus, Tite put together an effective blueprint heading into the next two years of World Cup qualifiers. It may turn out that there was no need for a grassroots overhaul in Brazilian soccer, and that the players, and the manager, were there all along.