Gael Clichy, Antonio Candreva And The Evolution Of Fullbacks 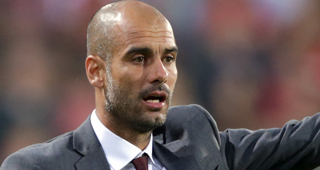 Jonathan Wilson, in his 2009 piece outlining why fullbacks were the most important players on the field, credited Jack Charlton with having the prescient idea back in 1994. But regardless of the originator, Wilson’s article was a reaction to the tactics at the turn of the decade: a battle of 4-2-3-1’s with three players in the midfield, and thus, fullbacks were the only position in that setting with space. He doubled down on the idea a year later in previewing a potential Argentina title at the 2010 World Cup - but only if Gabriel Heinze or Nicolas Burdisso could provide enough width for Messi to find space in attack (Spain won the tourney with attack oriented Sergio Ramos and Joan Capdevila at fullback, and Wilson focused on the creativity of Japanese right back Atsuto Uchida a year after that).

Then, every top team doubled down on the concept of two attacking players at that position, often at the expense of defending. One of the many supposed weaknesses of the Italian side going into last summer’s European Championship was who would complement Antonio Candreva on the left side. The 29-year-old right back fit the mold of the attacking fullback, providing drive and creativity for both club and country. Conte’s other fullback options included the mashmash trio of 25-year-old Alessandro Florenzi, 26-year-old Matteo Darmian, and intriguingly, the 23-year-old Stephan El Shaarawy, who viewed the position change as an opportunity to revive his career.

Conte’s role in Italy’s overachievement at the tournament has been well documented. Yet in the context of showing the effectiveness of the fullback position, Italy’s 2-0 win over Spain in the round of 16 this summer was especially interesting. The match displayed the positional versatility of Candreva and Florenzi (who was later replaced by Darmian) in seamlessly switching from a 3-5-2 in the attacking and pressing phase in providing width to dropping to a deep 4-4-2 in defense with Candreva moving to midfield and Florenzi complementing the back three. Most importantly, Italian fullbacks man-marked their counterparts during Spain’s buildup phase, disrupting their opponent’s foundational passing patterns of playing out from the keeper. It was a tactical masterpiece.

Florenzi and Candreva’s role against Spain wasn’t necessarily to create space, but to control it. Florenzi shot to social media fame by scoring a goal from half field against Barcelona in the Champions League, but his ability to play fullback, with a back three, and in midfield was what held him in high esteem within Italy. Our initial estimation that this was a poor Italian side by traditional measures remain true, yet we also undervalued the immeasurables of tactical discipline and positional versatility. And it may not have been strictly through attacking means, but Candreva and Florenzi’s ability to press, counter attack, and defend in a deep block all in the same movement helped knock out the defending champions.

On the surface, using two former Arsenal full backs in Gael Clichy and Bacary Sagna as center midfielders seemed an unlikely choice for Guardiola to open his Manchester City campaign. After all, he had the Platonic ideal of positionless player in David Alaba (who took the false fullback - or inverted fullback - role to its most extreme), along with Philipp Lahm and Rafinha. Neither Clichy nor Sagna (nor Pablo Zabaleta or Aleksander Kolarov for that matter) have previously shown an inkling to play center midfield.

City’s fullback foursome are all on the other side of 30 (which also symbolizes the poor planning under Manuel Pellegrini). The quiet transfer market was perhaps a sign of Guardiola easing his way into the Premier League. With that said, old players fitting into different roles are like new signings. And unlike Wilson’s attacking fullbacks or Conte’s man marking kind, the midfield fullback must overload the center in build up play (which gives wide forwards and wingers the space needed to operate on 1 v 1’s) while putting out potential counter attacking fires. And whereas Guardiola waited halfway into his first season before revealing this wrinkle at Bayern Munich, he wasted no time in showcasing this style against Sunderland in the opening match with Clichy and Sagna moving to center midfield in the build up phase.

Although the match was overshadowed by who didn’t play (Joe Hart and Yaya Toure) and what didn’t happen (City needed a 87th minute own goal to win despite having 77 percent of possession), Guardiola certainly answered the expectations of innovation by with the inverted fullback system. Clichy in particular looked comfortable in his new central role. And beyond creating space for Raheem Sterling and Nolito on the wing, the Sagna-Clichy foundation set Kevin De Bruyne and David Silva free. The move seemingly allows City to have it all - possession, freedom for its most creative players, and space for its wingers, all without sacrificing a defensive structure.

Kolarov and Zabaleta gave their interpretation of the role the following week in a 4-1 win over Stoke City. This time, they finished the match with only 57% of possession. But there was a sense under Pellegrini that City defended leads with desperation, while the new observation was their side playing in front with control. Even more telling is that in 180 minutes, neither Clichy, Sagna, Kolarov, nor Zabaleta have sent in one cross in open play.

The idea of the inverted fullbacks has existed for some years, from Glen Johnson playing left back at Liverpool (although that was more out of need) to “what ifs” based on Messi’s false 9 role of putting opposition wingers out of position if a fullback cut inside with the ball. And it was only six years ago that Michael Cox named the attacking fullback as one of the tactical innovations of the 2000s as the position continues to morph depending on the importance a manager places on controlling space or controlling possession. Fullbacks do still have the most open space on the field, but the creative ways in which managers exploit that space is in perpetual development.   `